You are here:
AdviceHair Loss 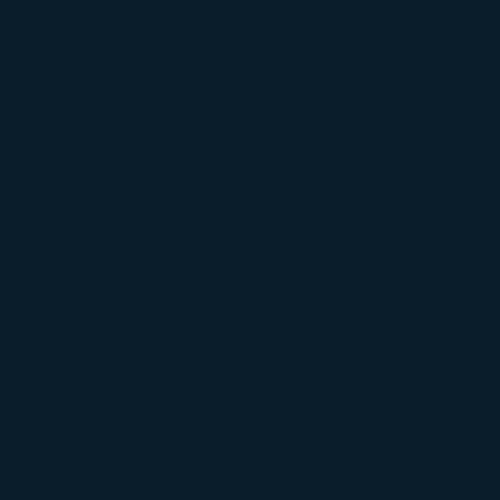 About one-third of women experience hair loss (alopecia) at some time in their lives; among postmenopausal women, as many as two-thirds suffer hair thinning or bald spots. Hair loss often has a greater impact on women than on men, because it’s less socially acceptable for them. Alopecia can severely affect a woman’s emotional well-being and quality of life.

The main type of hair loss in both sexes — and the subject of this article — is androgenetic alopecia, or female (or male) pattern hair loss. In men, hair loss usually begins above the temples, and the receding hairline eventually forms a characteristic “M” shape; hair at the top of the head also thins, often progressing to baldness. In women, androgenetic alopecia begins with gradual thinning at the part line, followed by increasing diffuse hair loss radiating from the top of the head. A woman’s hairline rarely recedes, and women rarely become bald.

There are many potential causes of hair loss, including medical conditions, medications, and physical or emotional stress. If you notice unusual hair loss of any kind, it’s important to see your primary care provider or a dermatologist, to determine the cause and appropriate treatment. You may also want to ask your clinician for a referral to a therapist or support group to address emotional difficulties. Hair loss can be frustrating, but recent years have seen an increase in resources for coping with the problem.

Clinicians use the Ludwig Classification to describe female pattern hair loss. Type I is minimal thinning that can be camouflaged with hair styling techniques. Type II is characterized by decreased volume and noticeable widening of the mid-line part. Type III describes diffuse thinning, with a see-through appearance on the top of the scalp.

What is androgenetic alopecia?

Almost every woman eventually develops some degree of female pattern hair loss. It can start any time after the onset of puberty, but women tend to first notice it around menopause, when hair loss typically increases. The risk rises with age, and it’s higher for women with a history of hair loss on either side of the family.

As the name suggests, androgenetic alopecia involves the action of the hormones called androgens, which are essential for normal male sexual development and have other important functions in both sexes, including sex drive and regulation of hair growth. The condition may be inherited and involve several different genes. It can also result from an underlying endocrine condition, such as overproduction of androgen or an androgen-secreting tumor on the ovary, pituitary, or adrenal gland. In either case, the alopecia is likely related to increased androgen activity. But unlike androgenetic alopecia in men, in women the precise role of androgens is harder to determine. On the chance that an androgen-secreting tumor is involved, it’s important to measure androgen levels in women with clear female pattern hair loss.

In either sex, hair loss from androgenetic alopecia occurs because of a genetically determined shortening of anagen, a hair’s growing phase, and a lengthening of the time between the shedding of a hair and the start of a new anagen phase. (See “Life cycle of a hair.”) That means it takes longer for hair to start growing back after it is shed in the course of the normal growth cycle. The hair follicle itself also changes, shrinking and producing a shorter, thinner hair shaft — a process called “follicular miniaturization.” As a result, thicker, pigmented, longer-lived “terminal” hairs are replaced by shorter, thinner, non-pigmented hairs called “vellus.”

Life cycle of a hair

Each hair develops from a follicle — a narrow pocket in the skin — and goes through three phases of growth. Anagen (A), the active growth phase, lasts two to seven years. Catagen (), the transition phase, lasts about two weeks. During this phase, the hair shaft moves upward toward the skin’s surface, and the dermal papilla (the structure that nourishes cells that give rise to hair) begins to separate from the follicle. Telogen (C), the resting phase, lasts around three months and culminates in the shedding of the hair shaft.

A clinician diagnoses female pattern hair loss by taking a medical history and examining the scalp. She or he will observe the pattern of hair loss, check for signs of inflammation or infection, and possibly order blood tests to investigate other possible causes of hair loss, including hyperthyroidism, hypothyroidism, and iron deficiency. Unless there are signs of excess androgen activity (such as menstrual irregularities, acne, and unwanted hair growth), a hormonal evaluation is usually unnecessary.

Medications are the most common treatment for female pattern hair loss. They include the following:

Minoxidil (Rogaine, generic versions). This drug was introduced as a treatment for high blood pressure, but people who took it noticed that they were growing hair in places where they had lost it. Research confirmed that a 2% solution of minoxidil applied directly to the scalp could stimulate hair growth. How it works is still not clear. Two double-blind studies of women ages 18 to 45 demonstrated its effectiveness. In one study, 13% of female minoxidil users had moderate hair growth, and 50%, minimal growth (compared with 6% and 33%, respectively, in the placebo group). In the second study, 60% of women in the minoxidil group reported new hair growth, compared with 40% in the placebo group. As a result of these studies and others, over-the-counter 2% minoxidil is FDA-approved for treating androgenetic alopecia in women.

Clearly, minoxidil is not a miracle drug. While it can produce some new growth of fine hair in some — not all — women, it can’t restore the full density of the lost hair. It’s not a quick fix, either. You won’t see results until you use the drug for two months. The effect often peaks at around four months, but it could take longer, so plan on a trial of six to 12 months. If minoxidil works for you, you’ll need to keep using it to maintain those results. If you stop, you’ll start to lose hair again.

How to use minoxidil: Be sure that your hair and scalp are dry. Using the dropper or spray pump that’s provided with the over-the-counter solution, apply it twice daily to every area where your hair is thinning. Gently massage it into the scalp with your fingers so it can reach the hair follicles. Then air-dry your hair, wash your hands thoroughly, and wash off any solution that has dripped onto your forehead or face. Don’t shampoo for at least four hours afterwards.

Some women find that the minoxidil solution leaves a deposit that dries and irritates their scalp. This irritation, called contact dermatitis, is probably caused not by the minoxidil itself, but rather by the alcohol that is included to facilitate drying. A 5% solution (available only by prescription and approved only for men) is more effective than the 2% formulation and may be prescribed off-label for women. The 5% version comes in a foam, which appears to cause less irritation than the liquid.

Side effects and concerns: Minoxidil is safe, but it can have unpleasant side effects even apart from the alcohol-related skin irritation. Sometimes the new hair differs in color and texture from surrounding hair. Another risk is hypertrichosis — excessive hair growth in the wrong places, such as the cheeks or forehead. (This problem is more likely with the stronger 5% solution.) Because the patent on Rogaine (the brand-name version of minoxidil) has expired, many generic products are available. They all contain the same amount of minoxidil, but some include additional ingredients, such as herbal extracts, which might trigger allergic reactions.

Anti-androgens. Androgen receptor–blocking drugs such as spironolactone (Aldactone) and finasteride (Propecia) are not approved for the treatment of female pattern hair loss, and there is little reliable evidence that they are effective. However, some case studies suggest that women who don’t respond to minoxidil may benefit from the addition of spironolactone. In the relatively uncommon cases where there is an excess of androgen, a clinician may prescribe 100 to 200 milligrams of an androgen receptor–blocking drug daily, together with an oral contraceptive for women of reproductive age. (A woman taking one of these drugs should not become pregnant because they can cause genital abnormalities in a male fetus.) Possible side effects include weight gain, loss of libido, depression, and fatigue.

Iron supplements. In some women, iron deficiency could be a cause of hair loss. Your clinician may test your iron level, particularly if you’re a vegetarian, have a history of anemia, or have heavy menstrual bleeding. Iron supplements are recommended if a woman’s iron level is less than 70 nanograms per milliliter. However, there’s no reliable evidence that iron supplementation is helpful for female pattern hair loss.

If hair loss is less than 50% or mild, the usual Alopecia Areata Treatment For Women includes local corticosteroid injections. The steroid is usually kenalog or triamcinolone acetonide, with between 3mL – 5 mL locally injected into the bald patches, below the epidermis. It usually take four weeks for Hair growth, with the treatment repeated every four to six weeks. The side effects are rare, but could include reddening and rounding of the face and neck, weight gain and irritation or pain around the site of the injection.

Usually not as effective are Topical corticosteroids and because of the adverse side effects oral corticosteroids are seldom used. Another treatment that is provided to those with mild alopecia areata is a twice-daily 5% minoxidil solution of topical application. One study says this treatment gave results to 40% of patients who originally lost 25 – 99% of their scalp hair.

This is a brief summary on Alopecia Areata Treatment For Women.

The Truth About Hair Loss And Baldness Cures
July 25, 2017